Historical Roots of the Social Crisis in Brazil. The Role of the IMF

More than a million people across Brazil have joined one of the largest protest movements in the country’s history. Ironically, the social uprising is directed against the economic policies of a self-proclaimed “socialist” alternative to neoliberalism led by the Worker’s Party government of president Dilma Rousseff.

The IMF’s “strong economic medicine” including austerity measures, the privatization of social programs have been implemented under the “progressive” and “populist” banner of the Partido dos Trabalhadores (PT), in consultation with Brazil’s powerful economic elites and in close liaison with the World Bank, the IMF and Wall Street.

While the PT government presents itself as “an alternative” to neoliberalism, committed to poverty alleviation and the redistribution of wealth, its monetary and fiscal policy is in the hands of its Wall Street creditors. 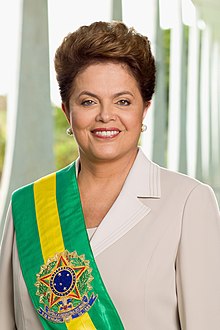 Ironically, the PT government of Dilma Rousseff and her predecessor Luis Ignacio da Silva has been commended by the IMF for:

The standard of living in Brazil has collapsed since the accession of the Workers Party in 2003. Millions of people have been marginalized and impoverished including a significant part of the urban middle class.

While the  Partido dos Trabalhadores (PT) presents a “progressive” people’s oriented image, officially opposed to “corporate globalization”, the macro-economic agenda has been reinforced. The PT government has consistently manipulated its grassroots, with a view to imposing what the “Washington Consensus” describes as “a strong policy framework”.

The multibillion dollar profit driven infrastructural investments pertaining to The World Cup in 2014 and the Olympic Games in 2016,  wrought by corporate corruption, have contributed to a significant increase in Brazil’s external debt, which in turn has reinforced the control of economic policy by its Wall Street creditors.

The protest movement is in large part made up of people who voted for the Partido dos Trabalhadores (PT).

The PT government’s grassroots support has been broken. The base of the Workers Party has gone against the government.

The Workers Party  (Partido dos Trabalhadores) has now been in power for over ten years.

The ongoing social crisis in Brazil is the consequence of the macro-economic agenda launched at the outset of Luis Ignacio da Silva’s accession to the presidency in 2003.

Lula’s election in 2002 embodied the hope of an entire nation. It represented an overwhelming vote against globalization and the neo-liberal model, which has resulted in mass poverty and unemployment throughout Latin America.

The election of Lula in the Fall of 2002 was perceived as a major breaking point, a means to repealing the policy framework of his predecessor Fernando Henrique Cardoso.

While embraced in chorus by progressive movements around the World, Lula’s administration was also being applauded by the main protagonists of the neoliberal model.  In the words of the IMF’s Managing Director Horst Kohler:

“I am enthusiastic [with Lula’s administration]; but it is better to say I am deeply impressed by President Lula … the IMF listens to President Lula and the economic team, and that is our philosophy.”

No wonder the IMF is “enthusiastic”. The main institutions of economic and financial management were handed over on a silver platter to Wall Street and Washington.

The IMF and the World Bank have commended the Workers Party government for its commitment to “strong macroeconomic fundamentals.” As far as the IMF is concerned, Brazil “is on track” in conformity with IMF benchmarks. The World Bank has also praised both the Lula and Dilma governments:  “Brazil is pursuing a bold social program with fiscal responsibility.”

According to Professor James Petras:

Most Wall Street and Washington policymakers, surprised by Lula’s selection of an orthodox liberal economic team, were perfectly ecstatic when he began to forcefully push through a radical neo-liberal agenda, including privatizing social security, substantially lowering pensions for public sectors employees and reducing the cost and easing the requirements for capitalists firing workers.(Global Research, 2003

According to Marcos Arruda of PACS, a non-governmental research center in Rio de Janeiro:

“Lula’s economic team by pursuing IMF-imposed policies is gutting social payments not just for the retired, but also for the disabled and the poorer families as well.” The pursuance of orthodox economic policies has also pushed up official unemployment to 12 percent while domestic interest rates stand at 26.5 percent, among the highest rates in the world. In Sao Paulo, Brazil’s largest city, unemployment has reached 20 percent. (See Roger Burbach, Global Research, June 2003)

Brazil  under the PT  government not only endorsed neoliberalism “with a human face”, it also supported the US-led militarization of Latin America and the Caribbean.

Lula had established a personal relationship with George W. Bush.  While he was a staunch critic of the US-led Iraqi war, a supporter of Hugo Chavez, he was also tacitly supportive of US strategic interests in Latin America.

In the wake of the US-France-Canada sponsored coup d’Etat in Haiti in February 2004 against the duly elected government of Jean Bertrand Aristide,  President Luis Ignacio da Silva endorsed the military occupation of Haiti and dispatched Brazilian troops to Port au Prince, under the auspices of the UN Stabilization Mission (MINUSTAH).

Meaningful change cannot result from a debate on “an alternative to neoliberalism”, which on the surface appears to be “progressive”, but which tacitly accepts the “globalizers” legitimate right to rule and plunder the developing World.

The social protest movement which has swept Brazil is the result of 10 years of  “free market” economic repression under the disguise of a “progressive agenda.”

The chips are moving again on the European banking board. The merger…