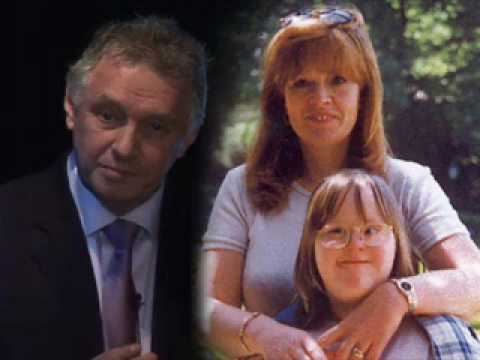 up by the government of Scotland and leading members of its legal establishment. Mr Green was re-arrested last week whilst visiting a local police station in Warrington, Cheshire in order to satisfy his previous bail conditions which stipulated that he must sign in with the local authorities several times a week. He was handed over to representatives of Grampian Police by the Cheshire Constabulary on the premise that he had breached his original conditions of bail by speaking about the case, and was returned to the court in Stonehaven, Scotland where he was originally charged and incarcerated.

Upon entering the police station in Warrington, Mr Green was not wearing his reading glasses as he expected to simply sign the register and then depart to go about his business for the day. Upon his arrest, he asked if he could retrieve his glasses from his vehicle, but was not permitted to do so. He then asked the representatives of Grampian Police if one of the officers present might do so for him, but again his request was refused. This act obviously placed Mr Green at a disadvantage if he was asked to read or confirm any manner of written materials, and may have constituted a breach of his rights.

The new bail conditions imposed upon Mr Green were quite draconian, and stipulated that he cannot discuss any element of the Hollie Greig case publically, even in England, or enter any information into the public domain that could be resourced by the public or officials in Scotland by any means, be it via the news media, internet, or discussing the case openly with others. This poses the obvious question as to why an individual who is actively seeking justice on behalf of a highly vulnerable person such as Hollie Greig would be subjected to such levels of harassment by the Scottish state.

Irregularities are now beginning to emerge with regard to the circumstances surrounding Mr Green’s initial arrest in Aberdeen on February 12th 2010. The original Scottish interdict was allegedly pushed through Mr Green’s door at his home in Warrington, Cheshire by persons unknown. Robert had already departed for Aberdeen in order to distribute information relating to the Hollie Greig case to the public, and therefore possessed no knowledge that he would be potentially violating the said interdict by travelling there. This presented a problem for Grampian Police, as he was duly arrested in Aberdeen, just off of Union Street, at 10 am on the morning of February 12th, 2010 by two plain clothes CID officers.

In response, a second interdict was rapidly cobbled together by the Scottish Crown Office in Edinburgh and “served” to Robert whilst he was being held in custody in Stonehaven. He refused to take delivery of the second interdict, upon which he was touched with the papers by an official who then declared it “served”. Given the fact that Mr Green had refused to take possession of the papers, the act of touching him without his consent may have constituted a manner of assault upon his person. Furthermore, a copy of the original interdict is not held by Cheshire Police and no copy has ever been produced for examination by Mr.Green or anyone else, if it had ever actually existed.

After his arrest, Robert’s home was subsequently searched by Grampian Police.

In an e-mail to a UK Member of Parliament, Cheshire Police stated that the warrant had been organised by a PC Greades of the Grampian force. Upon further enquiry, it was established that no such individual is currently in service with Grampian Police under that name. However, a similarly named PC Vreades of Tillydrone Station was contacted, and confirmed that although he had currently served as a police constable for 4 years, he had no knowledge of or part to play in arranging a warrant in connection with the search of Robert’s home, and would not have had the individual authority to do so regardless. Any such warrant must also be signed by a sheriff in order to legally validate it.

Furthermore, the said warrant, allegedly dated February 13th, 2010 is not on record with the Cheshire Constabulary or local Magistrates. As of April 21st, 2010, Mr Green is still not in receipt of the said document as was promised ten days previously.

During the search of his premises, Mr Green’s computer and personal files were removed, with some of the latter being privileged in nature, as they pertained to other clients. To date, none of the items removed have been returned. Allegedly, the elusive “interdict” was retrieved during the search of his home, but it has never been produced for examination. The said interdict was also backdated to June 9th, 2009, constituting a most colourful approach to law enforcement, given the fact that it was purportedly “served” several months later in February of 2010. In shades of the film Minority Report, what remains are alleged retroactive terms stated within the said interdict, and Mr Green being subsequently arrested in February 2010 for a crime that he was totally unaware that he was could potentially commit.

It’s becoming increasingly obvious that the authorities in Scotland are becoming incrementally unhinged as time passes with respect to the ramifications of the case surrounding the paedophile abuse of Hollie Greig. All members of the Scottish parliament are aware of this case, and none, including First Minister Salmond have lifted a finger to provide any support or assistance. Another area of enquiry which needs to be pursued includes the questioning of potential suspects in connection with the murder of Hollie’s uncle Roy.

If Scotland is to live up to the level of statehood and international reputation espoused by the likes of Mr Salmond, then surely the act of its own government in taking responsibility for the horrendous miscarriage of justice evident in the case of Hollie Greig would aid in it gaining a proper level of moral imperative.

Given the immense current global interest in this case, as has indeed been witnessed by the thousands of individuals who contacted Warrington and Grampian Police subsequent to Robert Green’s second arrest in order to enquire as to his safety and well-being, it must be patently obvious by now to the Scottish Crown office, and its Lord Advocate Elish Angiolini, that this case is here to stay until it is effectively resolved under the due process of law. If they have nothing to hide, then why are they all acting with such fear?