They were instructed according to their rules of engagement not to intervene, not to come to the rescue of the people inside the Bataclan nightclub or those in the street in front of the Bataclan. 89 people were killed, more than 100 wounded.

According to a Belgian news report (July 5),  The night of the attack at the Paris Bataclan, November 13, 2015, six French military personnel of the Sentinelle Project (launched by France’s Ministry of Defense) were at the entry of the concert hall.

They did not intervene because the circumstances [pertaining to the Bataclan attacks] did not meet their “rules of engagement”, according to cdH [Political Party] Member of Parliament (Député) Georges Dallemagne in a Tuesday morning statement [July 5] on Belgium’s RTL TV.”

An early report by Nouvel Obs (May 6, 2016), confirmed that there were 8 military personnel. They outnumbered the four alleged terrorists inside the Bataclan. If they had intervened, this would have saved lives. It is unclear from the report as to time at which they were stationed in front the nightclub.

Military personnel invariably obey orders from higher up. The question is: Who instructed them not to come to the rescue of people inside the nightclub? Was it the Police or the Ministry of Defense? According to Nouvel Ops: The  military of the Sentinelle force did not have the green light to use their weapons.  ”The victims will be rescued later, without the support of the Army” (translated from French).

It is worth noting that the 4 alleged terrorists were known to the police. It was also confirmed that there was foreknowledge of the November 13, 2015 attacks.

According to the New York Times: “Most of the men who carried out the Paris attacks were already on the radar of intelligence officials in France and Belgium”,

“They were of the opinion that they should not intervene, because it so was not part of  their “rules of engagement”. Those rules state that they had to protect themselves only. That is absolutely incredible, hallucinatory. ”

Le Soir and 7sur7.be (translated from the French by GR)

The justification for not intervening is indeed nonsensical. The mandate of France’s Sentinelle project under the auspices of the Ministery of Defense is clear in this regard: The Sentinelle Operation had been launched in January 2015 in relation to  the Charlie Hebdo terror attacks. Its mandate (defined on November 13, 2015) :

Not a single French mainstream media acknowledged the Belgian report quoting a Belgian Member of Parliament.  The English language media did not pick up the story.

The reports suggest that only a specific and select group of police were allowed to enter the nightclub. Why?? 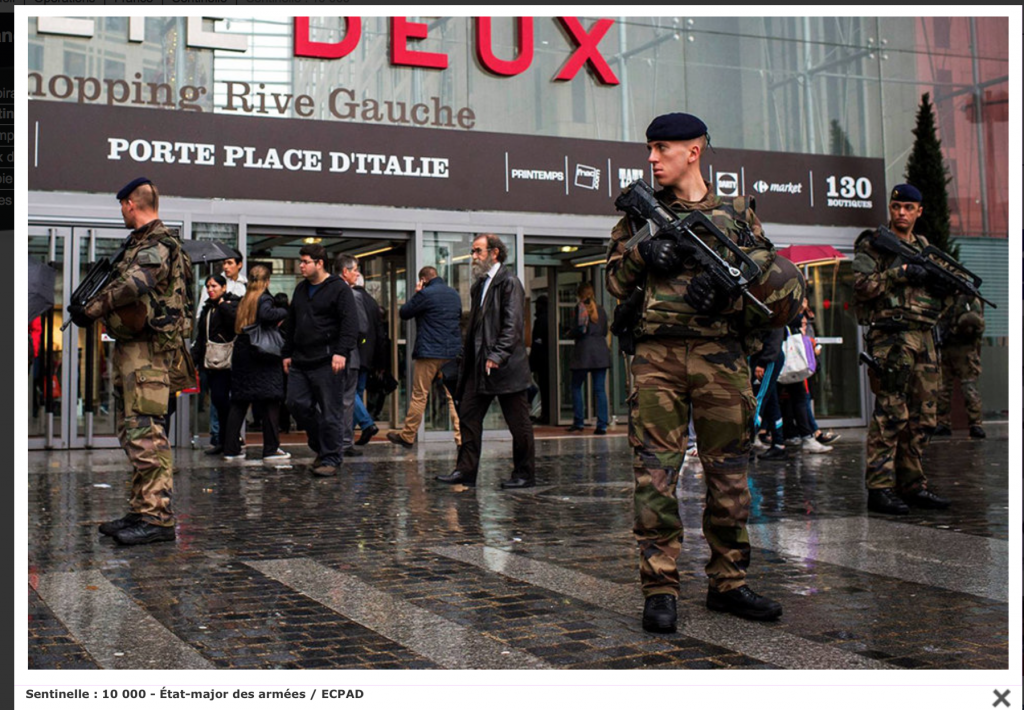 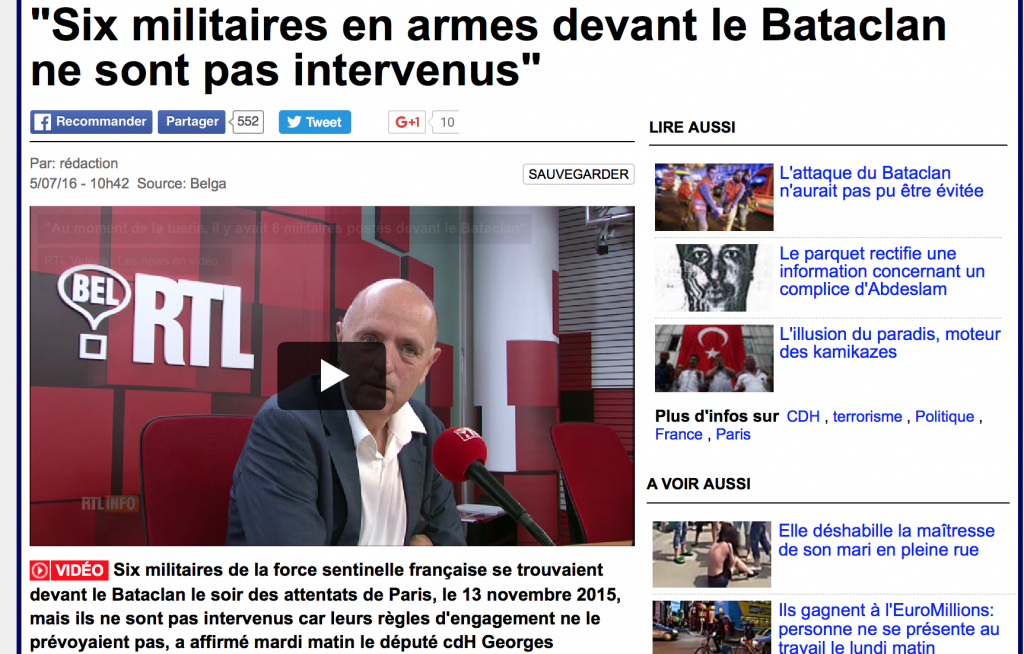 There were 10,000 Sentinelle forces in France. They operate under the auspices of the Ministry of Defense. The “Rules of engagement” defined by the Ministry of Defense for the Sentinelle Forces on November 13 were clearly defined. They were mobilized and deployed throughout the country as part of a counterterrorism operation. Their mandate was to protect the French people against the alleged terrorists.

Below is the brief of the Ministry of Defense (French) defining the mandate of the Sentinelle Forces on November 13, 2015