Girls who were exposed to the industrial chemical bisphenol A while in the womb showed more behavioral problems at age three than those whose moms had lower BPA levels, said a study released Monday. 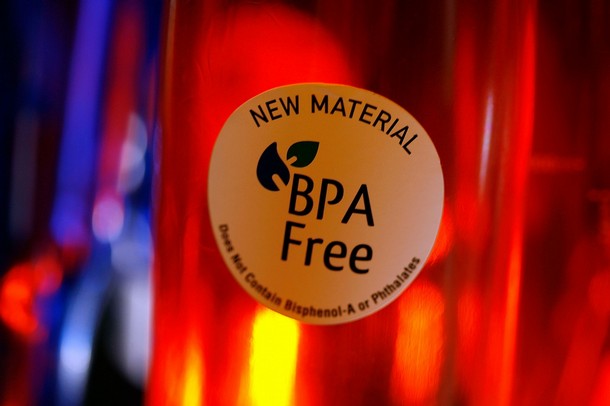 Anxiety, depression and hyperactivity were seen more often in toddler girls whose mothers had high levels of the chemical in their urine while pregnant, said the research led by the Harvard School of Public Health.

“This pattern was more pronounced for girls, which suggests that they might be more vulnerable to gestational BPA exposure than boys,” said the study in the October 24 issue of the journal Pediatrics.

BPA is used in the manufacture of plastics and adhesives, and can be found in the lining of canned foods, some plastic bottles and containers, cashier receipts and dental fillings.

The analysis was done using data from 244 mothers and their children up to age three in the Cincinnati, Ohio area. The mothers’ urine samples were tested while pregnant at 16 and 26 weeks, and again at birth.

The higher the BPA levels were while the mother was pregnant, the more likely the daughters were to experience behavioral problems by age three.

The same correlation was not seen in boys, nor was there any apparent link between behavior and levels of BPA in the children’s urine, said the data derived from questionnaires on child behavior filled out by the parents.

“None of the children had clinically abnormal behavior, but some children had more behavior problems than others,” said lead author Joe Braun, research fellow in environmental health at the Harvard School of Public Health.

The study reported that “increasing gestational BPA concentrations were associated with more hyperactive, aggressive, anxious, and depressed behavior and poorer emotional control and inhibition in the girls.”

The research appeared to support previous studies that have suggested a link between BPA exposure in the womb and child behavior, but is the first to show that in utero exposure is the critical window when altering effects may occur.

However, due to the small size of the sample, the study authors — who also included scientists at Cincinnati Children’s Hospital and Medical Center, and Simon Fraser University in Vancouver, British Columbia — said more research is needed.

“There is considerable debate regarding the toxicity of low-level BPA exposure, and the findings presented here warrant additional research,” said the study.