Does Germany Intend to Leave the Eurozone?

For a long time, most analysts have believed that if someone was going to leave the euro, it would be a weak nation such as Greece or Portugal.  But the truth is that financially troubled nations such as Greece and Portugal don’t want to leave the euro.  The leaders of those nations understand that if they leave the euro their economies will totally collapse and nobody will be there to bail them out.  And at this point there really is not a formal mechanism which would enable other members of the eurozone to kick financially troubled nations such as Greece or Portugal out of the euro.  But there is one possibility that is becoming increasingly likely that could actually cause the break up of the euro.  Germany could leave the euro.  Yes, it might actually happen.  Germany is faced with a very difficult problem right now. 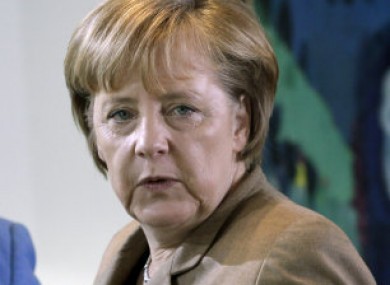 German Chancellor Angela Merkel’s Party has passed legislation that would allow the country to leave the Eurozone.

It is looking at a future where it will be essentially forced to bail out most of the rest of the nations in the eurozone for many years to come, and those bailouts will be extremely expensive.  Meanwhile, the mood in much of the rest of Europe is becoming decidedly anti-German.  In Greece, Angela Merkel and the German government are being openly portrayed as Nazis.  Financially troubled nations such as Greece want German bailout money, but they are getting sick and tired of the requirements that Germany is imposing upon them in order to get that money.  Increasingly, other nations in Europe are simply ignoring what Germany is asking them to do or are openly defying Germany.  In the end, Germany will need to decide whether it is worth it to continue to pour billions upon billions of euros into countries that don’t appreciate it and that are not doing what Germany has asked them to do.

German Chancellor Angela Merkel’s Christian Democratic Union party recently approved a resolution that would allow a country to leave the euro without leaving the European Union.

Many thought that the resolution was aimed at countries like Greece or Portugal, but the truth is that this resolution may be setting the stage for a German exit from the euro.