Coming up later this month (March 19 to be exact) the moon will make its closest approach to Earth (called lunar perigee) in 18 years. A new or full moon at 90% or greater of its closest perigee to Earth has been named a “SuperMoon” by astrologer Richard Nolle. This term has been recently picked up by astronomers. An extreme “SuperMoon” is when the moon is full or new as well as at its 100% greater mean perigee (closest) distance to earth. By this definition, last month’s full moon, this month’s and next month’s will all be extreme “SuperMoons”. 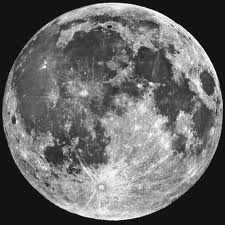 I have read several “new age” forecasts that go something like this: “Extreme SuperMoon this month (March 2011) will bring strong earthquakes and storms and/or unusual climate patterns.” Google the term ‘extreme SuperMoon March 2011’ and see for yourself what comes up. The validity of these types of forecasts can be debated ad nauseum.

There were SuperMoons in 1955, 1974, 1992 and 2005. These years had their share of extreme weather and other natural events. Is the Super Moon and these natural occurences a coincidence? Some would say yes; some would say no. I’m not here to pick sides and say I’m a believer or non-believer in subjects like this, but as a scientist I know enough to ask questions and try to find answers.

AccuWeather Facebook fanpage member Daniel Vogler adds, “The last extreme super moon occurred was on January 10th, 2005, right around the time of the 9.0 Indonesia earthquake. That extreme super moon was a new moon. So be forewarned. Something BIG could happen on or around this date. (+/- 3 Days is my guess)”

So what can we expect this time? Earthquakes? Volcanic eruptions? I guess we can only wait and see.

AccuWeather Facebook Fanpage member Daniel Vogler both contributed and inspired this blog. Many thanks go out to him. If there are further questions about this subject, please bring them up and I will make sure they get directed to him since I will unashamedly say he knows more about this subject than I do. I just wanted to bring this subject matter up to see what people think.

Please join the AccuWeather Astronomy fanpage by clicking here. You can leave your comments there as well and be part of a discussion on this or any other astronomy subject.