After years of secrecy, the eighth round of talks aimed at drafting an international treaty called the Anti-Counterfeiting Trade 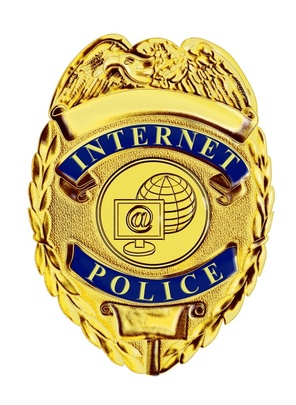 Agreement (ACTA) recently concluded in New Zealand — and in the face of public pressure, a version of the text was subsequently made available to the public. The ACTA is neither a trade agreement nor one focused primarily on counterfeiting, but a copyright deal featuring provisions on Internet service provider and Internet company liability, DMCA-style notice and takedown requirements, legal protection for digital locks, and requirements for statutory damages that could result in millions in liability for non-commercial infringement — even heightened searches at border crossings.

Ever since the ACTA partners — among them the U.S., E.U., Canada, Japan, South Korea, Australia, New Zealand, Mexico, Morocco and Singapore — announced negotiations plans in October 2007, ACTA has been dogged by controversy over a near-total lack of transparency. Early talks were held in secret locations with each participating country offering virtually identical, cryptic press releases that did little more than fuel public concern. Now that the ACTA text is public, some might wonder whether there’s still cause for concern. Indeed, given widespread support for measures that target genuine commercial counterfeiting, some might believe it’s time to actively support ACTA.

It’s not — at least not this version.

From a transparency perspective, the text release still feels like the exception to the general secrecy rule. The ACTA governments have revealed that the next round of negotiations will take place in Switzerland in June, but currently refuse to provide a specific location or dates. Moreover, the official release scrubbed all references to country positions (such information was available in a previously leaked version), so as to U.S. government claims that ACTA is fully consistent with current U.S. law, at this point we have to take their word for it.

Of even greater concern are the provisions themselves. Because of the large number of substantive rules and the differences in domestic law among the ACTA countries, fears about specific provisions vary from region to region. In the U.S., ACTA might means the rules for obtaining injunctions would have to be changed, removing some of the balancing safeguards that currently exist. In Europe, ACTA’s privacy implications have generated concern from data protection authorities and the prospect of mandatory statutory damages, which has led to the multimillion-dollar file-sharing lawsuits in the U.S., would represent a major change in the law there.

Virtually every member country would have to amend its own rules and regulations: Japan would have to change its laws to require ISP policies on allegations of subscriber infringement, Australia would need anti-camcording rules, New Zealand would have to change its anti-circumvention rules and Canada would be forced to adopt a notice-and-takedown system similar to the one found in the U.S. Of course, the many countries excluded from the ACTA talks — including China, Brazil and India — would likely face pressure to conform to ACTA standards and if they complied, even more dramatic changes.

Beyond the fundamental reshaping of intellectual property law on a global scale, ACTA is also reframing how those laws are made. The alphabet soup of international organizations typically responsible for such issues — WTO, WIPO, WHO, UNCITRAL, UNIDROIT, UNCTAD, OECD –- are all far more open, transparent and inclusive than ACTA.