Is NATO collapsing because of Libyan attack?

German Military Forces Out of NATO

Deep divisions between allied forces currently bombing Libya worsened today as the German military announced it was pulling forces out of NATO over continued disagreement on who will lead the campaign. 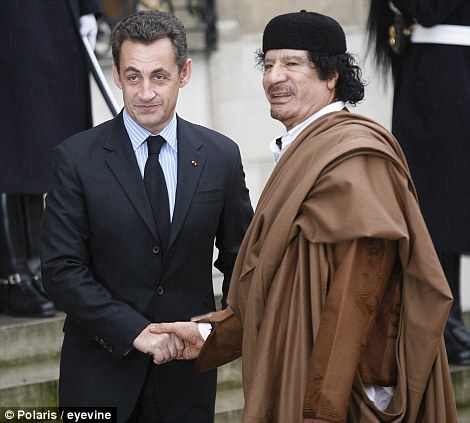 A German military spokesman said it was recalling two frigates and AWACS surveillance plane crews from the Mediterranean, after fears they would be drawn into the conflict if NATO takes over control from the U.S.

The infighting comes as a heated meeting of NATO ambassadors yesterday failed to resolve whether the 28-nation alliance should run the operation to enforce a U.N.-mandated no-fly zone, diplomats said.

Yesterday a war of words erupted between the U.S. and Britain after the U.K. government claimed Muammar Gaddafi is a legitimate target for assassination.

U.K. government officials said killing the Libyan leader would be legal if it prevented civilian deaths as laid out in a U.N. resolution.

But U.S. defence secretary Robert Gates hit back at the suggestion, saying it would be ‘unwise’ to target the Libyan leader adding cryptically that the bombing campaign should stick to the ‘U.N. mandate’.

President Barack Obama, seeking to avoid getting bogged down in a war in another Muslim country, said on Monday Washington would cede control of operations against Muammar Gaddafi’s forces within days, handing the reins over to NATO.

But Germany and European allies remain unwilling to have NATO take on a military operation that theoretically has nothing to do with the defence of Europe.

Today the German defence ministry announced Berlin had pulled out of any military operations in the Mediterranean.

A ministry spokesman said two frigates and two other ships with a crew of 550 would be reverted to German command.

Some 60 to 70 German troops participating in NATO-operated AWACS surveillance operations in the Mediterranean would also be withdrawn, according to the ministry.

Berlin isn’t participating in the operation to impose a no-fly zone in Libya and abstained on the U.N. resolution authorising it.

France, which launched the initial air strikes on Libya on Saturday, has argued against giving the U.S.-led NATO political control over an operation in an Arab country, while Turkey has called for limits to any alliance involvement.

The new body, Mr Juppe said, would bring together foreign ministers of participating states – such as Britain, France and the U.S. – as well as the Arab League.

Meanwhile the head of the Italian Senate’s defence affairs committee, Gianpiero Cantoni, said the original French anti-NATO stance was motivated by a desire to secure oil contracts with a future Libyan government.

Some allies are even questioning whether a no-fly zone is still necessary, given the damage already done by air strikes to Gaddafi’s military capabilities.

Speaking about yesterday’s hastily arranged meeting of NATO allies, one diplomat said: ‘The meeting became a little bit emotional,’ before adding that France had argued that the coalition led by Britain, the United States and France should retain political control of the mission, with NATO providing operational support, including command-and-control capabilities.

‘Others are saying NATO should have command or no role at all and that it doesn’t make sense for NATO to play a subsidiary role,’ the diplomat added.

Turkish Foreign Minister Ahmet Davutoglu suggested that air strikes launched after a meeting in Paris hosted by France on Saturday had gone beyond what had been sanctioned by a U.N. Security Council resolution.

‘There are U.N. decisions and these decisions clearly have a defined framework. A NATO operation which goes outside this framework cannot be legitimised,’ he told news channel CNN Turk.

Adding pressure to the already fractured alliance, Italian Foreign Minister Franco Frattini has also reiterated a warning that Italy would take back control of airbases it has authorised for use by allies for operations over Libya unless a NATO coordination structure was agreed.

In a shock admission, U.K. ministers have admitted the intervention in Libya could last for up to ’30 years’.

Asked for an estimate, British Armed Forces Minister Nick Harvey said: ‘How long is a piece of string? We don’t know how long this is going to go on.

In the U.S., Obama has made it clear he wants no part of any leadership role in Libya.

The President has already been criticised for continuing with a tour of Latin America as the military operation over Libya began. And yesterday he insisted again that while Gaddafi must go, the U.S. is not prepared to remove him by force, but merely to enforce the no-fly zone.

Even that hesitant stance, which has already earned him the title of the Great Vacillator, left him criticised for not seeking proper approval from Congress before sending the American military in.

And after reports emerged that Gaddafi’s son had been killed in a kamikaze strike yesterday, fresh questions over what exactly the U.S. intends to achieve in Libya emerged.

With Turkey digging its heels in and the Arab League suspicious, it has been pointed out that Mr Obama has fewer coalition partners in Libya than George Bush did at the start of the Iraq war.

He was criticised by both Republicans and Democrats over his decision to commit the U.S. military before going to Congress.

Representatives Jerrold Nadler of New York, Barbara Lee of California, Michael Capuano of Massachusetts, Senators Richard Lugar of Indiana and Rand Paul of Kentucky, and Representative Roscoe Bartlett of Maryland all complained that Mr Obama had exceeded his constitutional authority by authorizing the attack without Congressional permission.

The President hit back in a two-page letter to Congress and again reiterated his claim that while Gaddafi must go, the U.S. was only in Libya to enforce the no-fly zone for the protection of civilians.

France has already taken a leading role in the conflict, with President Nicolas Sarkozy hosting a summit in Paris over the weekend and French bombers being the first to enforce the no-fly zone.

Last night Britain’s top general was embroiled in an extraordinary clash with Downing Street over the legality of a strike to kill Gaddafi.

No 10 slapped down Chief of the Defence Staff General Sir David Richards after he flatly rejected ministers’ suggestions that the Libyan dictator was a legitimate target for assassination.

Downing Street and Foreign Office officials were quick to dispute that – saying assassinating Gaddafi would be legal because it would preserve civilian lives in Libya.