Surprise, surprise. The circus that is trying to control nature is getting to end, and it has come sooner rather than later. When talking about controlling seed production, food production and what will produce look like inside and outside, Monsanto has failed again. This time is the turn of their genetically modified corn seed to show that no man-made monster seed can repeal mother nature. 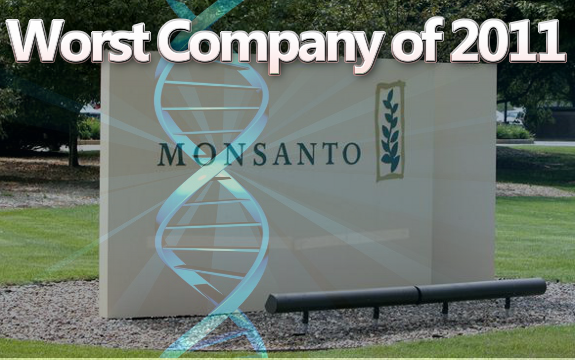 It has come to public attention that Monsanto’s corn, derived from genetically modified corn seed, once again failed to kill bugs that feed off corn plants. According to the EPA, at least four U.S. states have seen undesirable outcomes and the most common of the insects that GM corn plants are supposed to be immune to -rootworms- have managed to bypass Monsanto’s killer gene. In other words, they have become immune to it and are not dying.

“Rootworms in Iowa, Illinois, Minnesota and Nebraska are suspected of developing tolerance of the plants’ insecticide,” reported Business Week on December 1. The EPA based its conclusions on analysis performed on plants that suffered damage from rootworm attacks as well as entomologists’ reports from each of the states affected by the ineffectiveness of Monsanto’s GM seed. The EPA went further to state that Monsanto’s monitoring program that evaluates resistance to its product is “inadequate”. The agency published the latest assessment on a document made available on its website on November 22.

“Resistance is suspected in at least some portions of four states in which ‘unexpected damage’ reports originated,” details the EPA on the document that is considered an internal memo the government agency writes with reviews of damage reports. Meanwhile, Monsanto’s spokesman, Lee Quarles, responded by saying that there is no scientific confirmation of resistance to Monsanto’s Bt corn. Quarles added that the international corporation does take the EPA report seriously and that the company is trying to teach farmers how to deal with what he called ‘unexpected damage’ to their crops.

Corn is one of the most heavily subsidized crops in the United States. Hundreds of farmers, especially Big Agra, are paid tax payer money to plant corn, most of which is genetically engineered corn. That is how Monsanto has managed to walk away with almost $12 billion in profits this year. The more government subsidizes corn, the more farmers will plant it, the more seed Monsanto sells, the more money they make; but also the more GMO pesticides people eat and the more soil contamination there is. And in the end, bugs will manage to become resistant to it. Although much of the harvested corn is used to produce biofuels, another chunk of it ends up in the kitchens of millions of families in the United States and lately the world.

As The Real Agenda and other publications have reported, genetically modified crops are neither the solution to end world hunger -as GMO advocates claim- nor the way to obtain better yields. Why in the world are governments across the planet directly or otherwise subsidizing Monsanto’s, or for that matter any other corporation’s research, development and experimentation with genetically modified organisms?

Just yesterday, PR Newswire reported that vast areas of Brazil will become GMO territory next year. The production of genetically modified crops will go up by over 20 percent. This trend has become the new normal in developing nations that possess large areas of unused lands managed by the government.

In an assessment published by Celeres, a consulting firm that focuses its work on agricultural economics, the area cultivated with GMO soybeans, corn and cotton for the 2011-2012, may add up to 31.8 million hectares — a new record since genetically modified crops were introduced in local agriculture. Celeres estimated that transgenic soybeans will cover some 21.4 million hectares, while GMO corn will occupy almost 5 million hectares. In the case of Brazil, the use of GMO seed is spread to a significant portion of the lands, including states like Bahia, Minas Gerais, Sao Paulo, Parana, Santa Catarina, Rio Grande do Sul, Goias and several others.

Before GMO seed made its appearance in countries like Brazil, it was used in India. Everyone is familiar with India’s experience when dealing with Monsanto’s transgenic cotton. If you are not, please read about it. In a nutshell, the highlights of India’s experiment with GMOs were: lower yields, heavily contaminated soils that were depleted of any natural minerals, a massive amount of suicides due to the accumulation of impossible to pay debts, and the fall into deep poverty for small and mid-sized farmers who adopted Monsanto’s “promising technology”. Of course, in the case of the United States and Brazil, big farmers won’t have to bear the full consequences of crop failure because the taxpayers will do that for them through government subsidies. The one thing everyone will have to deal with once GMO crops are rendered obsolete by mother nature will be depleted soils, insufficient food supplies, hunger and wide spread poverty. What will Monsanto and other biotechnology transnational corporations have to deal with? Well, maybe not having enough room in their pockets to put the money they got from the taxpayers.