Among bailed-out banks are the Central Bank of Libya, the Bank of China, Societe Generale and JP Morgan

Texas Republican Rep. Ron Paul announced on April 4, as head of the powerful House Domestic Monetary Policy Subcommittee, he will be initiating congressional hearings into reports the Federal Reserve made hundreds of billions of dollars worth of sweetheart loans to foreign banks. 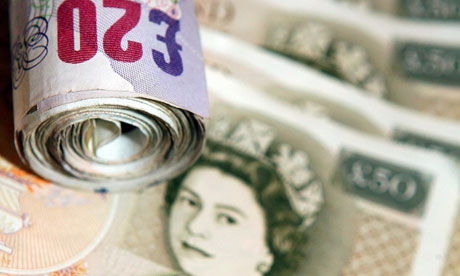 Fed officials had tried desperately to keep the details of these transactions under wraps by repeatedly appealing a lawsuit that was brought by two reporters working for the New York-based Bloomberg News. They argued that, if the details of such deals are released, the public would lose confidence in the banking system.

In late March, however, the Supreme Court upheld previous rulings by lower courts that the Fed must comply with the information requests. So, the Fed dumped hundreds of pages of records onto the public. Over the course of the April Fools Day weekend, AFP’s editors were able to examine a portion of the Fed’s documents, only to learn that the joke has always been on the American people.

In 2008, banks around the world were struggling to stay solvent as their risky trading in complex derivatives weighed heavily on their balance sheets. As a result, the Fed, at varying times, made hundreds of billions of dollars worth of emergency loans at its “discount window.”

Such transactions are usually only reserved for lending of last resort to institutions that could not get funding from anywhere else, such as by floating more stock or selling bonds.

Some of the largest banks, such as Wachovia and Morgan Stanley, repeatedly hit up the Fed for short-term loans worth billions of dollars. From Sept. 18, 2008 to Sept. 24, 2008, Washington Mutual borrowed $2 billion every day until its collapse on Sept. 25, 2008. It was eventually bought out by JPMorgan in a now-infamous fire sale.

But what shocked Fed watchers the most was the volume of transactions the private central bank conducted with foreign banks. In thousands of “emergency loans,” foreign banks repeatedly came to the Fed asking for U.S. dollars at near-zero percent interest rates. 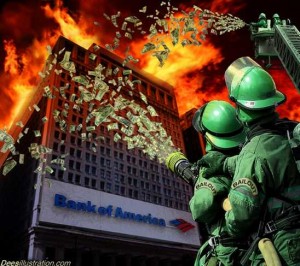 In an official statement on the Fed’s data dump, Rep. Paul said: “These lending activities provided no benefit to American taxpayers, the American economy or even directly to American banks. . . . It is becoming more and more obvious that the Fed operates for the benefit of a few privileged banks, banks that never suffer for bad decisions they make. Quite the opposite—as we have seen since October 2008, under our current monetary system politically connected banks are paid to make bad decisions.”