The “moderate rebels” of Ghouta

The Western media affirm that Syria and Russia are crushing brave democrats in eastern Ghouta.

While the forces of the Republic and the Russian forces are liberating Eastern Ghouta and 800 Syrians are finding refuge every hour in Damascus, we are publishing this study of Western-trained combatants considered as “moderate rebels”.

The Western media affirm that Syria and Russia are crushing brave democrats in eastern Ghouta.

According to the British and French governments, they would be three armed groups: the Army of Islam, the Rahman Legion and Ahrar al-Sham.

On the contrary, according to Syria and Russia, these three denominations would not designate separate ideologies. These three entities would in fact defend not an idea of Syria, but the interests of their sponsors.

They would have regrouped in favor of Resolution 2401 and the attack they are now undergoing.

If the civilians present in eastern Goutha are indeed Syrians, we do not know the nationality of the combatants.

Admittedly, a number of them are Syrians, often convicts, but many others are foreigners (who by definition can not be “rebels”). Again, the estimates are unverifiable.

There are only two things that we know for sure about these groups:

First, the weapons available to one of them, the Army of Islam, in 2015. This is obviously a bit old, but it is verifiable thanks to the video of a military parade organized by its leader, in Ghouta, in 2015. This group has 4 tanks and nearly 2,000 men, that is to say, 10 times less combatants than he claims to have.

Then and finally, we know these groups through their communication: logos, flags, websites, Twitter accounts, spokespersons. 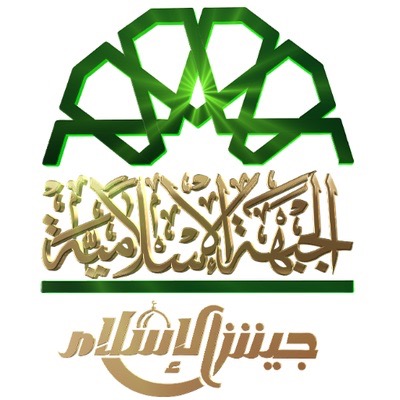 Jeïch el-Islam, that is, the Army of Islam, is the only one of these groups to have a local presence. It was created in September 2013 by the family Allouche, from another group, the Brigade of Islam, in the mode of a gang imposing its law on merchants of the Ghouta, not hesitating to publicly execute those who challenged their power.

The group was initially commanded by Zahran Allouche, son of the preacher Abdallah Allouche, a member of the Muslim Brotherhood refugee in Saudi Arabia. From 2009 to 2011, he was imprisoned for belonging to the Muslim Brotherhood. He was released in a general amnesty decreed by President al-Assad at the request of third countries. For several years, Zahran Allouche terrorized the inhabitants of Damascus declaring that he was going to “clean” the city. He announced each Friday [1] the attacks he was going to commit against the capital. In 2013, he abducted Alawite families [2] in Aadra. He used some as human shields and walked a hundred in cages, before executing the men so that we’d know what fate he reserved for “infidels”. After his death, a businessman, Sheikh Isaam Buwaydani called “Abu Hamam”, succeeded him.

His cousin Mohammed Allouche, made famous by his repression of manners. He created the Unified Judicial Council, which imposed the Saudi version of Sharia law on all Ghouta residents. He notably organized executions of homosexuals, thrown from the roof of buildings. He represents the group at the UN negotiations in Geneva.

The Allouche family is now comfortably settled in London. 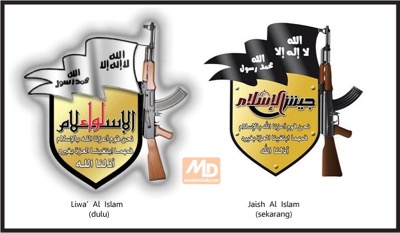 The blazon of the Brigade of Islam (left) has been transformed into a blazon of the Army of Islam when the second group was formed from the fighters of the first.

At the time of its creation, the Army of Islam brought together about fifty small groups. In a widely circulated statement in Asia, it introduced itself as the defender of Muslims and called on Muslims around the world to join them and to make jihad in Syria.

In July 2017, the Army of Islam, following an Egyptian-Saudi mediation, agreed to recognize Eastern Ghouta as a “de-escalation zone” under Russian control.

On this video captured from the site of the Army of Islam (consulted on March 15, 2018), we can read a sermon against non-Sunnis, whether Shiite Muslims, Christians or Jews. It ends like this: “Kill them. God torment them with your hands. He will give you victory over them. 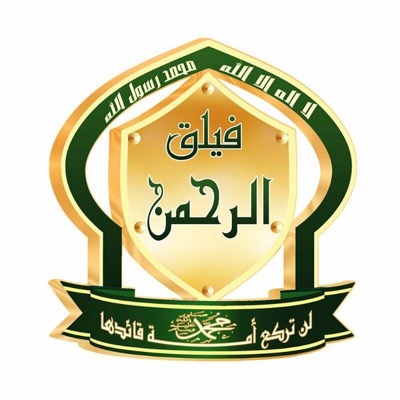 The Legion of the Most Merciful logo

Faylaq al-Rahman, ie “The Legion of the All-Merciful”, is a mercenary group of Qatar from which it receives a modern weaponry, especially RPG. It is massively composed of foreigners. 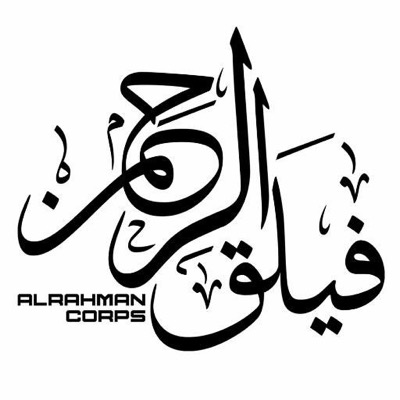 The Calligram of the All-Merciful Legion is subtitled in English “Al-Rahman Corps”, a sign that it is primarily addressed to Western jihadists who do not read Arabic. 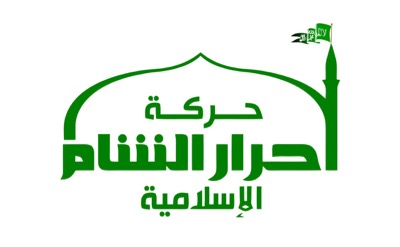 Harakat Ahrar al-Sham al-Islamiyya, abbreviated as Ahrar al-Sham, translates as the Islamic Movement of the Free Men of the Levant. “Free men” do not refer here to “freedom” in the Western sense. They did not liberate themselves from a dictatorship, but were released from their human condition by practicing Salafist Islam. So that there is no doubt about the interpretation of the word, a minaret appears on the group logo.

This group, very internationalized, was created by Egyptians during the overthrow of Hosni Mubarak by the United States [3]. Syrian Muslim Brothers, who were imprisoned for belonging to a terrorist organization, joined him after being pardoned in 2011 at the request of third countries. Among them, several former collaborators of Osama Bin Laden in Afghanistan then in Yugoslavia. This explains their proximity to the Taliban, whom they often cite as an example of faith.

In all its publications, it defines itself as a “complete Islamic movement, fighting for Allah and defending religion”. 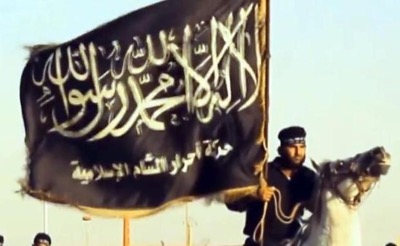 The flag of Ahrar el-Cham carried on horseback during a military parade.

The group is commanded by Hassan Soufan, known as “Abu al-Bara”, who was imprisoned for a decade for his membership in the Muslim Brotherhood.

The Foreign Minister of this group, Labib al-Nahhas, travels to the West. He is a British, MI6 officer. In July 2015, he published free forums in the Washington Post and the Daily Telegraph.

The group is supported by Qatar and Turkey. It is considered a terrorist organization by the United Arab Emirates.

Commonalities of these three groups

These three groups have no ideological difference. All claim to be the thought of the Muslim Brotherhood [4]. According to them, daily life is divided between what is lawful from the point of view of their Islam and what is not.

There are, however, differences between the three groups about how they can treat people who do not share their point of view. Be that as it may, no one lives under their rule without being a Sunni.

Like all the fighters of the “Islamic revolution”, their men often change their group and these groups fight each other and join together frequently. It is absurd to draw substantive conclusions. At most, we can see territorial quarrels between their leaders and opportunities for their soldiers.

All of these groups and countless others have well-designed flags and logos as well as quality videos. All of this communication material is manufactured by the United Kingdom. In 2007, it had a war propaganda unit, the Research Information and Communications Unit (RICU) headed by MI6 (Secret Service) officer Jonathan Allen. Starting from the chemical weapons case in the summer of 2013, the RICU financed an external company to assist the communication of combatants in Syria (and subsequently those of Yemen). It was initially Regester Larkin, then Innovative Communications & Strategies (InCoStrat). Both companies are headed by an MI6 officer, Colonel Paul Tilley.

Jonathan Allen, whose rank we do not know, has become number two in the UK permanent representation at the United Nations. He is currently leading the Security Council against Russia and Syria. 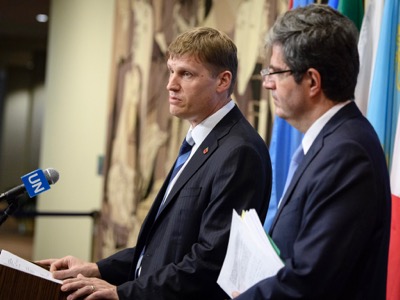 British secret service officer and charge d’affaires of His Majesty, Jonathan Allen, giving a press conference at the UN with his privileged ally, the French ambassador, François Delattre.

About the author: Thierry Meyssan

French intellectual, founder and chairman of Voltaire Network and the Axis for Peace Conference. His columns specializing in international relations feature in daily newspapers and weekly magazines in Arabic, Spanish and Russian. His last two books published in English : 9/11 the Big Lie and Pentagate.