U.S. Customs Officer May Have Prevented a ‘WMD’ attack

A port official has admitted that a ‘weapon of mass effect’  has been found by ‘partner agencies’ in the U.S., raising major questions over a possible government cover-up. 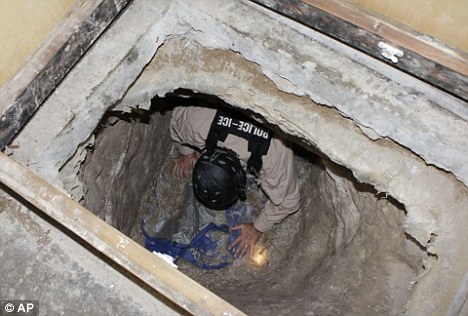 The disturbing revelation came in an interview with San Diego’s assistant port director screened by a television channel in the city.

The Customs and Border Protection Department tried to dampen speculation over his remarks, but doubts remained over whether he had inadvertently revealed a dirty bomb plot to attack the U.S. mainland.

Concern over a secret WMD bust came after U.S. cables made public by the Wikileaks whistleblower website revealed terror groups were plotting a ‘nuclear 911.’

In the interview screened by San Diego’s 10News, Al Hallor, assistant San Diego port director, said ‘weapons of mass effect’ had been found, although he did not specify exactly where or what they were.

Reporter Mitch Blacher asked Mr Hallor: ‘Do you ever find things that are dangerous like a chemical agent or a weaponised device?’

‘At the airport, seaport, at our port of entry we have not this past fiscal year, but our partner agencies have found those things,’ the customs official replied.

‘You ever found one?’ asked Mr Blacher.

‘Not at this location,’ Mr Hallor said.

‘But they have found them?’ asked Mr Blacher.

‘You never found one in San Diego though?’ Mr Blacher asked.

‘I would say at the port of San Diego we have not,’ Mr Hallor said.

‘Have you found one in San Diego?’ Mr Blacher asked.

The interview was then interrupted and cut short by a public relations official before Mr Hallor was able to answer the question.

Earlier, Mr Hallor told Mr Blacher: ‘Potentially every city in America is a target. Given the waterways and the access to the Navy fleet here, I’d say, absolutely, San Diego is a target.

‘Our overall arching mission is to protect the American homeland against terrorists and from weapons of mass effect from entering the country. We are the guardians of America’s borders.’