Why the euro bailout is the biggest Ponzi scheme in history

The recent decision by the Bank of England to pump another £75billion into the economy shows that Britain, far from recovering, remains on the edge of another dip. 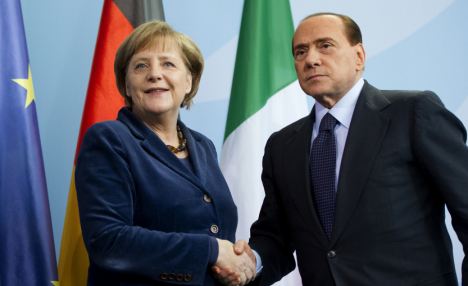 But what happens to the British and world economy is, to a large extent, out of our hands. The greatest threat to our economic future is what is happening in the euro zone.

The scale of the euro crisis has made one thing abundantly plain: Europe, Britain and the rest of the world would be better off if the euro had never happened. It would be preferable if it were now dismantled in an orderly manner.

Yet leaders of euro zone countries appear determined to keep the show on the road, however much voters and their parliaments object to the project.
At the end of last month, Germany’s Chancellor Angela Merkel had to see off a rebellion from German MPs to win a vital vote in the German parliament to support the expanded €440??billion European bailout fund.

Last night, the parliament of Slovakia, one of the poorest of the euro zone countries, cast still more doubt on the bailout project by voting against paying its share of the rescue fund.

Never mind that the €440?billion fund is already considered too little too late — or that the European Commission President Jose Manuel Barroso resorted yesterday to demanding Britain helps bail out Greece even though we’re not a member of the euro zone.

It is clear that euro zone leaders are already drawing up contingency plans to get round their national parliaments to increase funding if necessary.

At the weekend, Mrs Merkel and France’s President Nicolas Sarkozy claimed to have reached ‘total accord’ on a recapitalisation programme of hundreds of billions of euros to rescue ailing euro zone banks.