€ 1 Trillion of Taxpayer Money to ‘save’ the Eurozone

A capitalist’s worst nightmare is in the works as China prepares to back up the derivative bubble created by the banks. 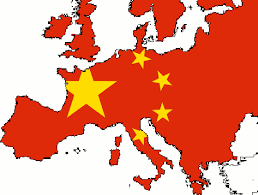 The sources said the 440 billion euros ($611.4 billion) fund, set up last year, would have about 250-275 billion euros available after amounts are set aside for aid to Greece, Ireland and Portugal and for the recapitalizing the region’s banks.

That amount would be scaled up around four times, arriving at a headline figure of around 1.0 trillion.

“The ratio of the leverage will be of at least 4 times,” one source said, while another said the spare capacity available to be leveraged was 250 billion to 275 billion.

The exact amount of capital available will only be known once negotiations over a second bailout package for Greece are agreed. Part of the problem is agreeing on credit enhancements for the private sector. More credit enhancement will reduce the amount of funds in the EFSF for leveraging.

Klaus Regling, chief executive of the EFSF, is flying to Beijing Thursday as well.

The EFSF is one of the key areas of focus for a euro summit ongoing in Brussels, Belgium that hopes to devise a concrete plan for attacking Europe’s debt problems, especially in member state Greece.

According to a draft statement to be issued on Wednesday, the euro zone aims to boost its bailout fund “several fold,” but finance ministers will only agree to the details of how that will be done in November.

The statement, obtained by Reuters, says two options are being considered to boosting the fund, one involving it issuing risk insurance and the other built around it taking part in a special purpose investment vehicle. Both models could be deployed simultaneously, the draft statement said.

The Eurogroup of finance ministers will be asked to finalize the terms and conditions for how the EFSF will operate under the leverage schemes in November, the statement said.

In addition, it said the EFSF’s resources could be further enhanced, possibly via cooperation with the International Monetary Fund.

The draft statement also called on Spain to do more to bring its budget into line, while praising it for the steps taken so far. A paragraph on Italy, which is under pressure to do more on pension and other reforms, was left blank but is expected to be added later.

U.S. stocks added to gain on the report, with the S&P 500 climbing to session highs, though some analysts were skeptical about the effect a stronger EFSF would have on the market.

“It’s moving in the right direction but it is going to disappoint the market, particularly given the emphasis policy makers put on this meeting,” said Jessica Hoverson, foreign exchange analyst at MF Global.