The situation is actually much worse than we’re being led to believe, there could be worldwide catastrophic consequences. If it’s true 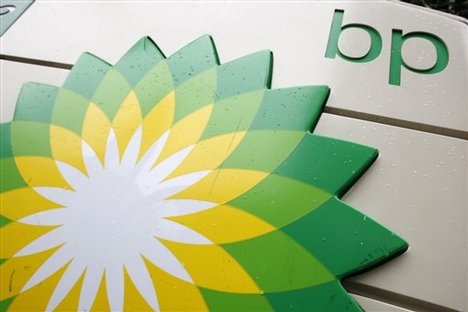 that millions upon millions of gallons of crude oil are flooding the Gulf with no end in sight, the massive oil slicks being created could make their way into the Gulf Stream currents, which would carry them not only up the East Coast but around the world where they could absolutely destroy the global fishing industries.”

Now, barely one week later, it turns out that the oil slick is FAR worse than what we were being told.

Researchers warned Sunday that miles-long underwater plumes of oil from the spill could poison and suffocate sea life across the food chain, with damage that could endure for a decade or more. (http://www.usatoday.com/news/nation…)

“Researchers have found more underwater plumes of oil than they can count from the blown-out well, said Samantha Joye, a professor of marine sciences at the University of Georgia. She said careful measurements taken of one plume showed it stretching for 10 miles, with a 3-mile width.”

The Christian Science Monitor also reports now that as much as 3.4 million gallons of oil may be leaking into the Gulf every day!

“The oil that can be seen from the surface is apparently just a fraction of the oil that has spilled into the Gulf of Mexico since April 20, according to an assessment the National Institute for Undersea Science and Technology. Significant amounts of oil are spreading at various levels throughout the water column… Scientists looking at video of the leak, suggest that as many as 3.4 million gallons of oil could be leaking into the Gulf every day – 16 times more than the current 210,000-gallon-a-day estimate, according to the Times.”(http://www.csmonitor.com/USA/2010/0…)

The New York Times also chimed in on the topic over the weekend with some absolutely shocking (and disturbing) revelations:

“Scientists are finding enormous oil plumes in the deep waters of the Gulf of Mexico, including one as large as 10 miles long, 3 miles wide and 300 feet thick in spots. The discovery is fresh evidence that the leak from the broken undersea well could be substantially worse than estimates that the government and BP have given.

Scientists studying video of the gushing oil well have tentatively calculated that it could be flowing at a rate of 25,000 to 80,000 barrels of oil a day. The latter figure would be 3.4 million gallons a day. But the government, working from satellite images of the ocean surface, has calculated a flow rate of only 5,000 barrels a day.” (http://www.nytimes.com/2010/05/16/u…)

Wiping out the Gulf

It hardly needs to be stated that 80,000 barrels of oil a day leaking into the Gulf of Mexico could destroy virtually all marine life in the region.

Oxygen levels have already fallen by 30 percent in waters near the oil. When water loses its oxygen content, it quickly becomes a so-called “dead zone” because marine species simply can’t live there anymore. (Fish and other aquatic creatures need oxygen to live, obviously.)

With this volcano of oil still erupting through the ocean floor, we could be witnessing the mass-murder of virtually all marine life in the Gulf of Mexico.

And yet we’re faced with a virtual blackout of truly accurate news on the event. Both the oil industry and the Obama administration are desperately trying to limit the videos, photos and stories about the spill, spinning everything to make it seem like it’s not really much of a problem at all.

It’s much like the media coverage of the War in Iraq, where all video footage had to be vetted by the Pentagon before being released to the public. Remember the uproar over the leaked photos of coffins draped in American flags? That’s what the Obama administration no doubt hopes to avoid by suppressing photos of dead dolphins and sea birds in the Gulf of Mexico.

The truth, as usual, is being suppressed. It’s just too ugly for the public to see.

Of course, the truth has always been suppressed in the oil industry. Even the inspections on this particular oil rig were, well, rigged. It turns out the rig wasn’t even inspected on schedule (http://news.yahoo.com/s/ap/20100516…).

It also turns out that the Obama administration actually gave the Deepwater Horizon an award for its history of safety! That was before the whole thing literally blew up in their faces.

Corruption in Washington leads to catastrophe

The oil industry, you see, is just like every other industry that’s regulated by the federal government: It has a cozy relationship with regulators.

It’s the same story with Big Pharma and the FDA, or the meat industry and the USDA. Wall Street and the SEC. Every industry that’s regulated eventually turns the tables on its regulators and ends up rewriting the rules for its own benefit.

The oil industry has been able to get away with so many exemptions and loopholes that the regulatory environment is now lenient at best. The Deepwater Horizon, for example, was given all sorts of exemptions to engage in risky drilling operations without following proper safety procedures. And who granted it these exemptions? The U.S. federal government, of course!

So now the U.S. government is just as guilty as the oil industry in this mass-murder of life in the Gulf of Mexico. It is the government that allowed the series of events that led to catastrophe in the first place. And now, this catastrophe could lead to a near-total wipeout of marine life throughout the Gulf (and possibly beyond).

In a worst-case scenario, this could destroy some percentage of life in oceans all around the world. It could be the one final wound to Mother Earth who bleeds her black blood into the oceans for ten thousand years, destroying life as we know it on this planet.

All for profit, of course. Let nothing stand in the way of another billion dollars in oil company profits! (Regulators? Bah!)

Collusion between government and industry always leads to disaster

I hope BP can find a way to suction some of that oil out of the ocean. If they can manage such a solution, they should then turn around and dump the entire slick across the landscape of Washington D.C. to coat all the bureaucrats in the black slimy shame they no doubt deserve. This isn’t about some random accident, you see: It’s about a failure of federal regulators to enforce safe drilling practices.

The fishing industries in and around the Gulf of Mexico could be devastated for decades. The diversity of life in the marine ecosystems there may soon find itself on the verge of collapse. And still there is no real solution for stopping the volcano of oil that continues to gush out of this gaping wound in the Earth herself.

I can only wonder what kind of hare-brained ideas these oil men are coming up with now to stop the flow. A nuke bomb expert has reportedly been sent to the area by the Obama administration as part of some sort of “dream team” of super smart people to find a solution.

But it begs the question: If we were so smart, why are we still running the world on fossil fuels in the first place? There’s enough sunlight energy striking the deserts of Arizona to power the entire nation indefinitely! Free energy technology continues to be suppressed in large part by oil company interests (and the arrogant scientific community), and renewable energy technology has received virtually no government support whatsoever.