Money Drifts to Square for iPad, iPhone and Android users

The network of cafés has decided to invest $ 25 million in the revolutionary payment system that focuses on mobile devices. Starbucks will use Square at its 7,000 stores in the United States, and will add more services that the company offers. 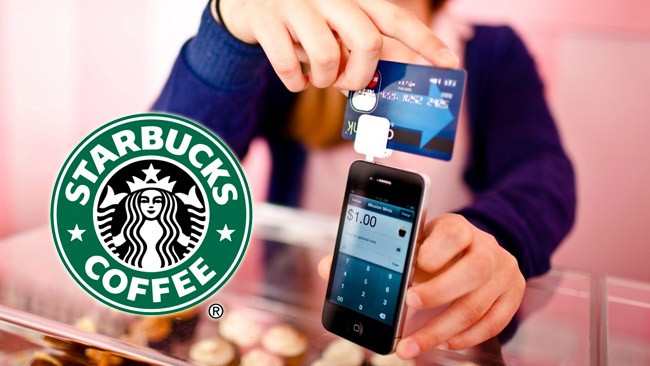 With this, Jack Dorsey is on track to becoming one of the entrepreneurs with more flair for his success in recent years. After being one of the founders of Twitter, Dorsey embarked on the Square adventure, a platform designed to enable mobile devices as a tool to pay for products and services. Square is Jack Dorsey’s second bet, which continues to grow rapidly and seems to have the potential to be as much of a success as Twitter has.

Given Square’s success, one must ask, how about security and privacy concerns? Given the fact that both Google and Apple have confessed they actively track users behavior through implanted software in the phones and other electronics, wouldn’t the two companies be able to track purchases and transactions made with iPhones and Android based devices?

Right now, Square seems to continue to gain members and partners that can help to finally establish a consolidated payment system. That system, it seems, will initially use the existent credit and debit modes, but it will surely evolve into an even more artificial form of payment, perhaps where information contained in user accounts will directly provide funds and information without the need for a credit card company or a bank.

But enough about the conveniences. Let’s be mindful of how Square works and compare benefits against the down sides. As explained in this article, Square “is essentially a small magnetic reader that plugs into the headphone jack of an iPhone. When a credit card (or a debit card) is swiped through the reader, it reads the data and converts it into an audio signal. The microphone picks up the audio, sends it through the processors and then is routed to Square’s software application on the iPhone. From there the encrypted data is transmitted using either Wi-Fi (for iPod touch) or a 3G Internet connection to back-end severs, which in turn communicate with the payment networks to complete the transactions.” Lots of convenience here, but also lots of potential for lost or stolen information. That potential is even more realistic if we take into account Dorsey’s statement that “we don’t store any information on the devices.”

Haven’t we heard this kind of speech before? Didn’t it come from Apple and Google before discovering that they did store user information? Besides, WiFi and 3G connections are far from being safe enough to swipe credit cards on magnets and transferring them through them.

In the case of Starbucks, it was the coffee company that decided to rely on the Square payment system. That opens the potential for lots of concerns, as Starbucks networks could be easily hacked into. However, the two companies have signed an agreement for the 7,000 Starbucks coffee shops in the United States. This will allow card payments through Square. Besides being able to pay with their credit cards, Starbucks customers who use Square may also make payments from their mobile devices. Thus, through IOS or Android, with the Pay with Square app users can use their phones as authentic purses.

The agreement marks an important step for Square, which increases its presence in one of America’s favorite business and greater international projection. In fact, it is common to see pro-Square propaganda printed on magazines and newspapers all over the world, even in countries that doesn’t even have a reliable wireless internet or phone service.

The agreement also provides that Starbucks becomes part of Square directory, which provides customers with information on the premises where they can afford with this system.

As if all these possibilities were not enough, Starbucks wanted to show its support for Jack Dorsey more deeply. To do this, the company has confirmed it will invest $ 25 million on the platform, a clear sign of trust that Square will become a benchmark. Starbucks investment is accompanied by the entry of its CEO, Howard Schultz to the Square corporate board. Thus, the Starbucks will also pinch a share of the revenues obtained by Square. Who knows if in the future people will have their cash deposited in their Starbucks bank account.