The Weather Isn’t Getting Weirder

The latest research belies the idea that storms are getting more extreme.

Last week a severe storm froze Dallas under a sheet of ice, just in time to disrupt the plans of the tens of thousands of (American) football fans descending on the city for the Super Bowl. On the other side of the globe, Cyclone Yasi slammed northeastern Australia, destroying homes and crops and displacing hundreds of thousands of people. 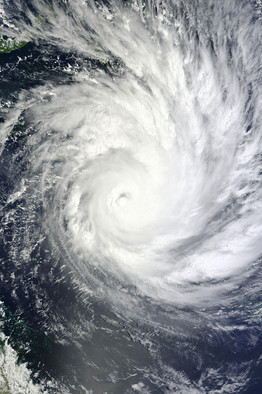 No evidence in this study suggests that larger storms, tropical or otherwise are caused by human activity and the emissions that come with it.

Some climate alarmists would have us believe that these storms are yet another baleful consequence of man-made CO2 emissions. In addition to the latest weather events, they also point to recent cyclones in Burma, last winter’s fatal chills in Nepal and Bangladesh, December’s blizzards in Britain, and every other drought, typhoon and unseasonable heat wave around the world.

But is it true? To answer that question, you need to understand whether recent weather trends are extreme by historical standards. The Twentieth Century Reanalysis Project is the latest attempt to find out, using super-computers to generate a dataset of global atmospheric circulation from 1871 to the present.

As it happens, the project’s initial findings, published last month, show no evidence of an intensifying weather trend. “In the climate models, the extremes get more extreme as we move into a doubled CO2 world in 100 years,” atmospheric scientist Gilbert Compo, one of the researchers on the project, tells me from his office at the University of Colorado, Boulder. “So we were surprised that none of the three major indices of climate variability that we used show a trend of increased circulation going back to 1871.”

In other words, researchers have yet to find evidence of more-extreme weather patterns over the period, contrary to what the models predict. “There’s no data-driven answer yet to the question of how human activity has affected extreme weather,” adds Roger Pielke Jr., another University of Colorado climate researcher.

We do know that carbon dioxide and other gases trap and re-radiate heat. We also know that humans have emitted ever-more of these gases since the Industrial Revolution. What we don’t know is exactly how sensitive the climate is to increases in these gases versus other possible factors—solar variability, oceanic currents, Pacific heating and cooling cycles, planets’ gravitational and magnetic oscillations, and so on.

Given the unknowns, it’s possible that even if we spend trillions of dollars, and forgo trillions more in future economic growth, to cut carbon emissions to pre-industrial levels, the climate will continue to change—as it always has.

That’s not to say we’re helpless. There is at least one climate lesson that we can draw from the recent weather: Whatever happens, prosperity and preparedness help. North Texas’s ice storm wreaked havoc and left hundreds of football fans stranded, cold, and angry. But thanks to modern infrastructure, 21st century health care, and stockpiles of magnesium chloride and snow plows, the storm caused no reported deaths and Dallas managed to host the big game on Sunday.

Compare that outcome to the 55 people who reportedly died of pneumonia, respiratory problems and other cold-related illnesses in Bangladesh and Nepal when temperatures dropped to just above freezing last winter. Even rich countries can be caught off guard: Witness the thousands stranded when Heathrow skimped on de-icing supplies and let five inches of snow ground flights for two days before Christmas. Britain’s GDP shrank by 0.5% in the fourth quarter of 2010, for which the Office of National Statistics mostly blames “the bad weather.”

Arguably, global warming was a factor in that case. Or at least the idea of global warming was. The London-based Global Warming Policy Foundation charges that British authorities are so committed to the notion that Britain’s future will be warmer that they have failed to plan for winter storms that have hit the country three years running.

A sliver of the billions that British taxpayers spend on trying to control their climes could have bought them more of the supplies that helped Dallas recover more quickly. And, with a fraction of that sliver of prosperity, more Bangladeshis and Nepalis could have acquired the antibiotics and respirators to survive their cold spell.

A comparison of cyclones Yasi and Nargis tells a similar story: As devastating as Yasi has been, Australia’s infrastructure, medicine, and emergency protocols meant the Category 5 storm has killed only one person so far. Australians are now mulling all the ways they could have better protected their property and economy.

But if they feel like counting their blessings, they need only look to the similar cyclone that hit the Irrawaddy Delta in 2008. Burma’s military regime hadn’t allowed for much of an economy before the cyclone, but Nargis destroyed nearly all the Delta had. Afterwards, the junta blocked foreign aid workers from delivering needed water purification and medical supplies. In the end, the government let Nargis kill more than 130,000 people.

Global-warming alarmists insist that economic activity is the problem, when the available evidence show it to be part of the solution. We may not be able to do anything about the weather, extreme or otherwise. But we can make sure we have the resources to deal with it when it comes.