It took only a few years for the consequences of exposure to airport scanner radiation to come out. TSA airport scanner operators and other personnel discovered what are called clusters of cancer in their bodies after only a decade or so of working with these machines. The discovery of this information was done after the Electronic Privacy Information Center obtained documents that show how TSA workers got sick with cancer, heart disease and stroke. 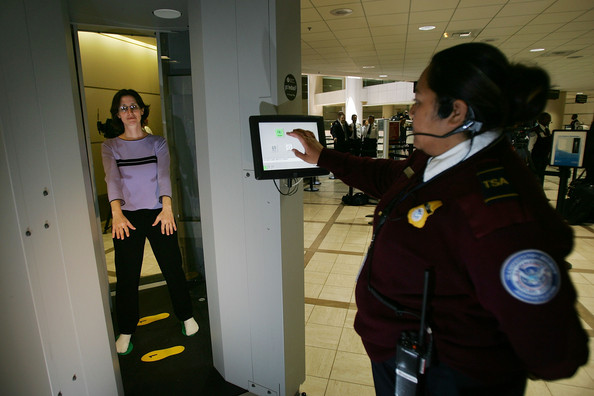 Instead of providing the workers with proper medical attention and actually evaluating the safety of the machines, the TSA sought to keep this matter quiet in order to avoid an even greater opposition to the full body scanners installed in many airports around the US and the world. It is the proximity and continuous exposition to body scanner radiation what caused that several airport workers who first began using the scanners back in the early 2000’s now suffer from irreversible medical conditions.

Even when employees and supervisors frequently requested radiation meters in order to realistically gauge how much radiation they were being exposed to, the TSA never honored those requests. In fact, the TSA never even had the scanners tested for safety. Although US Homeland Security Secretary Janet Napolitano said several times that the machines were safe, the truth is that a study cited by the TSA and Homeland Security was bogus. The study that according to Napolitano had been conducted by NIST regarding airport scanner safety never actually took place. NIST came out recently ‘washing its hands’ and stating the the National Institute of Standards and Technology never conducted any safety tests on the full body scanners.

The alarm seems to have been first rang by the deputy federal security director at Boston Logan International Airport, who related concerns about the number of workers diagnosed with cancer.  In an e-mail whose subject line reads “Boston cancer+Radiation Safety and health risks concerns”, the director pleads once again for the radiation monitoring devices requested in multiple other occasions. He emphasizes his and everyone else’s concern about “the number of TSO’s thus far being diagnosed with cancer” and “our concern that TSA’s improperly non-monitored radiation threat facing both checkpoint and baggage assigned TSO’s”.

Some TSA workers manifested their concerns regarding radiation exposure in last several months alleging that the very own TSA had been less than forthcoming with its findings as they related to radiation exposure safety. According to Infowars.com, Dr. David Brenner from Columbia University had found that “the body scanners are likely to lead to an increase in a common type of skin cancer called basal cell carcinoma, which affects the head and neck.” Additionally, Dr. Michael Love, from the department of biophysics and biophysical chemistry at the Johns Hopkins, said publicly that   “statistically someone is going to get skin cancer from these X-rays”.

“There really is no other technology around where we’re planning to X-ray such an enormous number of individuals. It’s really unprecedented in the radiation world,” asserted Brenner. While scientists and doctors warned about the dangers of the scanners, the US government paraded around claiming the devices were safe.

Many other science professors and scientists warned the government about the little or no research that existed regarding the safety of the full body scanners. Some of them suggested that there should be different ways of accomplishing the same goals that the government intends to, without the need of harming the workers or the passengers. “There is still no rigorous, hard, data for the safety of x-ray airport passenger scanners,” said a group of professors from the University of California, as they pointed out that the only tests conducted were those performed by the full body scanner manufacturers.

It is worth remembering that this same full body scanning technology is now being deployed by Homeland Security to places such as sports arenas, stadiums, check points and in smaller sizes to Courthouses, Malls and even some schools.