Milk from cloned cows given green light by Defra

The comments are the clearest sign that the Government will give the official green light to farmers and food companies who want to supply butchers and supermarkets with the controversial products. 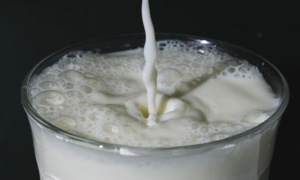 However, animal welfare campaigners said they were “utterly dismayed” by the ministerial statement, saying it opened the door to widespread cloning, with consumers unable to tell whether they were eating meat originating a cloned animal or not.

The statement was made by Jim Paice, the food and farming minister, in response to a written question from Zac Goldsmith, the Conservative MP.

Currently the Food Standards Agency believes that any food company attempting to sell food from not just a cloned animal – but crucially, also the offspring of a cloned animal – needs to apply for a so-called “novel food” licence.

Mr Paice pointed out that the Europe Commission interpreted the current food legislation differently from the FSA; the Commission believes the rules apply only to food from cloned animals themselves, not their offspring.

He added: “For the future, the Government shares the Commission’s view that there should be no restrictions on the use of offspring of cloned animals.”

This is the most direct comment that a minister has made on cloning since a row broke out last summer when it emerged that meat from the offspring of a cloned cow had been sold unwittingly in butchers’ shops without a licence being obtained. The discovery that such meat had entered the food chain triggered an ill-tempered debate into the ethics of cloning animals. Animal welfare campaigners have said that cloned animals suffer far more than standard animals.