Why is Venezuela selling its Gold reserves?

Another equally important question to answer is, where is the cash going? 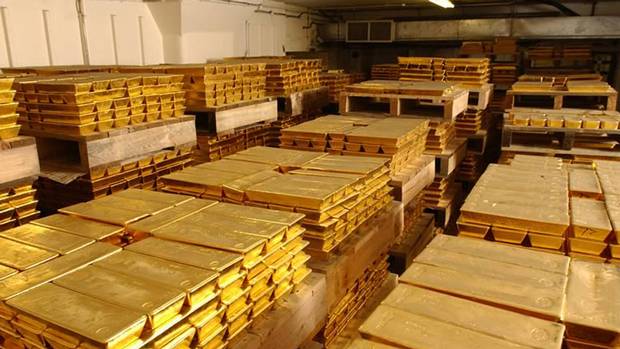 After loudly announcing the arrival of its gold reserves from Europe on national media, the Venezuelan government is now selling that same gold and allegedly ‘injecting’ the cash from the sales into the economy. “Labeled as a historic event for the country, the arrival of the last shipment of Venezuelan gold arrived from Europe last January, but just as fast as it arrived, it is now leaving the Bolivarian territory.

The government led by Hugo Chavez had to resort to selling the country’s gold reserves to add dollars into the economy. Last January, heavily armored tanks and trucks escorted Venezuela’s gold from one of its ports to the Venezuelan Central Bank coffers, while government-sponsored media parroted about how the return of the gold was a move to strengthen national sovereignty and Venezuela’s economic future. The Venezuelan gold had been in European banks for about two decades before returning to the country, after Hugo Chavez ordered the return back in 2011.

The arrival of the gold that began last year prompted the government to start the sale of gold in order to put more US dollars into the Venezuelan economy. The first sale accounted for 3.2 tonnes of gold, which attempted to alleviate the shortage of dollars. The move to sell gold to get dollars was not made public until recently in Venezuela, after the International Monetary Fund revealed details about the transaction last week.

Early last week, the news agency Reuters published details about the IMF report, which states how Venezuela’s gold reserves decreased by  10.98 tonnes in 2012. The country saw its 372.93 tonnes turn into 362 , 05 tonnes as it was accounted for last August. Just last month, the Central Bank of Venezuela sold 3.2 tons for about $ 300 million.

Last Wednesday, the chairman of the Finance Committee of the National Assembly, the government deputy Ricardo Sanguino, admitted to Caracas’ daily El Mundo that the government had indeed cashed over three tonnes of gold. According to information published by the local press, the sale was made to alleviate the cash dollar shortage facing the country and to cover the payment of imports, which in the past year  increased by 20%.

The main source of foreign cash are Venezuela’s oil exports, which also finance 60% of the national budget. Oil reserves are short right now, while President Hugo Chavez seeks reelection for another 6-year period.

Venezuela possesses today the largest proven reserves of oil while its oil price exceeds $ 102. But state-owned Petroleos de Venezuela (PdVSA) produces below its capacity. A month ago, there was an explosion of fuel tanks of the largest of its refineries. The event killed 48 people and paralyzed operations at the government installation.

Imports are the oxygen of the Venezuelan economy. About 80% of food products consumed in the country are imported: powder milk, meat, sugar, chicken, coffee offered at subsidized prices in the popular market network managed by the state and , along with all this, the government also subsidizes all the social programs that benefit the poorest people who usually support of Hugo Chavez.

These imports are controlled by the government, which since 2003 maintained a strict policy of exchange of products. The purchase of foreign goods is tightly controlled by the Commission of Administration of Foreign Exchange, which decides who, what and how much Venezuelans can buy in foreign currencies.

Only entrepreneurs closer to the government have access to the official rate of 4.3 bolivars per dollar. The rest of the people need to go to the two parallel currency markets operating in the country.

The move to sell gold to flood the currency market with US dollars is seen as a political one from Hugo Chavez, who needs to keep his supporters happy until October 7, the day of the presidential election.

The Real Agenda encourages the sharing of its original content ONLY through the use of the tools provided at the bottom of every article. Please DON’T copy articles from The Real Agenda and redistribute by email or post to the web, unless you request and receive written permission to do so. If permission is granted, you must publish the article EXACTLY as it appears on The Real Agenda.

2 Responses to Why is Venezuela selling its Gold reserves?