A sensor within the device can then read the user’s brainwaves through the skull, converting them into digital signals before displaying them in various colours on the iPhone screen.

It’s a device that would be more at home on the set of a Star Wars movie than the streets of Britain. 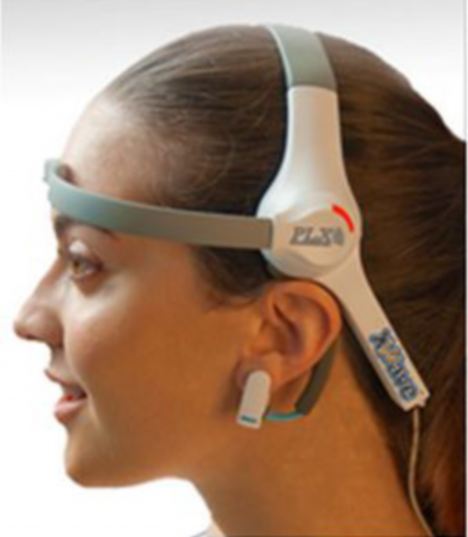 The XWave allows users to control on-screen objects with their minds as well as train their brains to control attention spans and relaxation levels.

But an iPhone application has been developed that can read minds.

The XWave allows users to control on-screen objects with their minds as well as train their brains to control attention spans and relaxation levels.

The device – that could confuse Luke Skywalker himself – is the latest in the field of emerging mind-controlled games and devices and works via a headset strapped around the user’s forehead, plugging into the iPhone jack.

A state-of-the-art sensor within the device can then read the user’s brainwaves through the skull, converting them into digital signals before displaying them in various colours on the iPhone screen.

And as the mind focuses on a particular task the graphics change, indicating the user’s level of concentration or relaxation.

The high-tech sensor was developed by innovations giant PLX Devices using technology that has for years been used by doctors to treat epilepsy and seizures in patients.

But PLX Devices founder and CEO Paul Lowchareonkul said it was a matter of time before such contraptions entered the mainstream.

He said: ‘The human brain is the most powerful, complex thing in the universe, and for the first time, we’re able to harness its amazing power and connect it to everyday technology.

‘With the development of 3rd party apps, the potential for innovation is limitless.’

Brain-training exercises include levitating an on-screen ball for a certain amount of time or changing a colour by relaxing the brain in a bid to maximise the brain’s attention span.

And designers say it won’t stop there.

Incredibly, another app, called XWave Tunes allow users to connect with each other through the type of music that most stimulates their brainwaves.

The company says it is working on other ways in which the futuristic technology can be applied such as playing games through the mind, controlling the lights at home and even choosing what music to listen to on an iPod depending on the user’s mood.

Its designers claim the possibilities are endless, whether it is for relaxation, brain training, entertainment, games, social networking, sports or sleep.

See the video add below.