Your doctor will be your pot dealer

Big Pharma taking over the drug trade, using its own private gang of armed enforcers known as DEA agents.

Have no illusions about the true nature of the so-called “War on Drugs” and the actions of the DEA. The War on Drugs has always been about protecting the profits of the drug companies which have a long and well-documented history of copying street drugs, repackaging them as “medications” and selling them to children as FDA-approved drugs (see below). 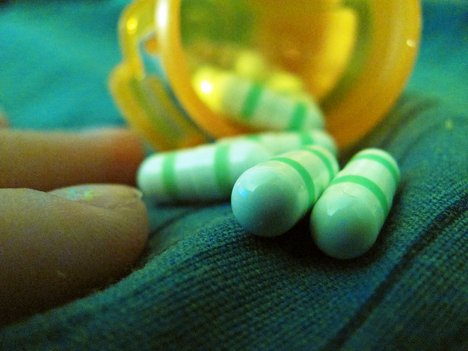 Marijuana will be added to the long list of naturally grown products Big Pharma will own and control.

Today, yet another example emerges as the DEA moves to legalize THC in Big Pharma’s pills while simultaneously making it illegal for anyone else to grow, sell or possess THC. The DEA, you see, is working to change the classification of THC from a schedule I substance (like street heroin) to a schedule III drug (pharmaceuticals). So if Big Pharma grows its own marijuana plants, extracts the THC and puts it into a “pot pill,” those pills will be perfectly legal. They’re already FDA approved, actually, when made with the synthetic version of THC.

But if a guy grows the very same chemical in his backyard, then extracts THC from those plants — even for his own personal use — suddenly he’s guilty of committing a federal crime and will likely be subjected to an armed raid by DEA agents.

The DEA answers to its pharma slave masters

Why would the DEA decide to legalize THC only for pharmaceutical companies? Well, because Big Pharma requested it, of course! As the DEA says on the subject:

“The DEA has received four petitions from companies that have products that are currently the subject of ANDAs (abbreviated new drug applications) under review by the FDA. …While the petitioners cite that their generic products are bioequivalent to Marinol, their products do not meet schedule III current definition provided above. Therefore, these firms have requested that 21 CFR 1308.13(g)(1) be expanded to include naturally derived or synthetically produced dronabinol.”

You can read it all at the DEA’s own website: http://www.deadiversion.usdoj.gov/f…

The DEA goes on to say:

“This proposed action expands the schedule III listing to include formulations having naturally-derived dronabinol and products encapsulated in hard gelatin capsules. This would have the effect of transferring the FDA-approved versions of such generic Marinol[supreg] products from schedule I to schedule III.”

Just so you can make total sense of this, the DEA’s loopy logic is that since Marinol (an FDA-approved synthetic THC drug) is already recognized as a pharmaceutical, the DEA is saying that other generic drugs containing natural THC from marijuana plants can also be recognized as a pharmaceutical. What they fail to recognize is that even the synthetic THC is, of course, based on natural THC grown in marijuana plants!

It’s classic Big Government pseudoscientific quackery: Only “synthetic” chemicals are considered authoritative, even when those synthetics were stolen from nature in the first place.

Your doctor is your new dealer

So now, thanks to the DEA and its twisted position on THC, your doctor is now your dealer and Big Pharma steps in to take over the manufacturing and distribution of drugs that have traditionally been handled by street criminals and Mexican drug gangs. That’s what this was always about of course: Big Pharma taking over the drug trade, using its own private gang of armed enforcers known as DEA agents.

It’s a lot like Mexico, in fact: Armed enforcers, drug profits, turf wars… except in the U.S., it’s all “legal” under the monopolistic protection of the FDA — an agency that has always sought to protect Big Pharma’s market monopolies.

What’s astonishing about all this is the DEA’s insanity in saying that the very same chemical can be legal for corporations to sell you but illegal for you to grow yourself using a natural plant. THC is THC, after all, and if this chemical is so “incredibly dangerous” that the DEA must throw people in prison for daring to grow it, possess it or sell it, why is it suddenly okay for corporations to do the exact same thing?

You already know the answer: The DEA’s position on marijuana and hemp has always been based on the king of warped logic you only get if you’re smoking crack.

The real job of the DEA, you see, is not to protect people from dangerous drugs, but rather to protect the profits of Big Pharma by shooting, arresting or otherwise destroying anything that competes with Big Pharma. Namely, street dealers of marijuana.

It’s not the first time the DEA has done this, of course. Drugs that used to be sold on the street as “speed” are now FDA-approved pharmaceutical medications for ADHD — and they’re being prescribed to children by the tens of millions!

Every successful drug operation needs henchmen who run around with guns eliminating the competition. In a drug gang, that used to be the job of “Frankie” back in the Sicilian mob days. But today, with Big Pharma, it’s the job of the DEA.

Hilariously, this announcement by the DEA was posted by their “Office of Diversion Control” (http://www.deadiversion.usdoj.gov/f…). For once, they’re honest: It is a diversion! A diversion to prevent people from realizing the truth about the DEA, the War on Drugs and the pharmaceutical industry.

Because the DEA, of course, is the armed enforcement division of Big Pharma. It works hand in hand with the FDA, of course: The FDA legalizes Big Pharma drug dealing, and the DEA targets the competition for elimination. It’s a bang-up job, a real one-two punch to protect the world’s largest drug dealers of all… the drug companies themselves.

I wonder how long it will take before a few DEA agents will wake up and realize they are the armed mercs working for their corporate slave masters known as the pharmaceutical companies?

The real criminals, you see, are not the joint-smoking hippies getting high in their basements but rather the Big Pharma CEOs whose entire careers are dedicated to addicting people to their patented, FDA-approved pharmaceuticals… even when they’re the exact same chemicals the DEA claims are “illegal drugs” on the street.